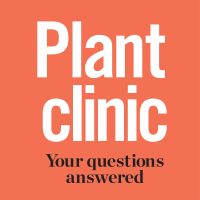 Learning how to propagate orchids is worthwhile if you're a fan of these exotic-looking plants. That way, you can increase your collection for free, or give the new baby plants away as thoughtful gifts.

Generally, the best approach to propagation depends on what type of orchid you're attempting to propagate. For monopodial orchids, for instance, their one vertical stem does well with stem-cutting propagation. Meanwhile, the sympodial orchids, with their horizontal rhizome stems, are better propagated by detaching and planting keikis (more on that later). Unlike many other houseplants, such as begonias or succulents, orchids usually can't be propagated with leaf cuttings.

Just like orchid care in general, the methods for making more of these elegant indoor plants aren't especially difficult – you just need some know-how before you start.

How to propagate orchids by detaching and planting a keiki

Sometimes, a small plantlet appears on the orchid stem or flowering spike which sends roots into the air. This often happens with epiphytic orchids, especially phalaenopsis varieties. These plantlets are typically referred to as a keiki, and will be identical to the parent.

If a keiki appears and looks healthy enough, with good aerial roots attached, you can plant it in a new pot.

'You can encourage moth orchids to produce keiki by applying "keiki paste" (a specialist hormone preparation) to the nodes on spent flower stems,' says the RHS (opens in new tab). This is available to buy from Amazon (opens in new tab), as well as in some garden centers.

How to propagate orchids from stem cuttings

Learning how to take cuttings from plants is a great way to get extra plants for free, and propagating orchids from stem cuttings is one of the most common options.

Bear in mind that you don't use the thin part of the flower stem, but a part that has new growth or nodes on it. Wait until the orchid has finished flowering before making any cuts.

Alternatively, you can cut off a side branch to pot up, once the aerial roots growing from it reach about 2.75in (7cm).

How to propagate orchids by division

You can also propagate orchids by division. This simply means splitting up the plant by the roots, similarly to dividing perennials as you might already do outdoors. Doing so gives you one or two 'new' plants and can encourage more shoots to emerge.

When choosing an orchid for division, make sure the plant has at least one new growth or node on the stem, and at least a few back bulbs – also called pseudobulbs – which still store water for the plant but no longer produce roots or flowers. These back bulbs will give the divided plants sufficient strength for flowering.

When dividing an entire orchid plant, follow these steps:

Can you grow orchids from seeds?

Though it's possible to grow orchids from seed, it's a difficult and time-consuming process. This involves waiting for the seed to germinate, raising the delicate seedlings, and slowly watching the plant grow.

This usually takes around two years to show any leaf growth, and upwards of four to eight years for any blooms to appear. But, now you've learned how to propagate orchids using the methods above, you can add new plants to your indoor garden much more quickly.

Freelance writer and author Flora Baker is a keen amateur gardener and houseplant enthusiast. Her small garden in South London is a constant work in progress as she gets to grips with snail prevention, DIY trellises and what to plant in shady spots overrun with ivy.